So you’re a vegetarian. So what? Yet, you always get incredibly self-conscious when you start talking to that new hot guy or super cute girl in your class. But why? Because you think they’re going to turn you down when you tell them you love animals? They won’t want to take you out to dinner because you’ll have to ask the waiter for no chicken? They think you’re an embarrassing “tree hugger” who doesn’t bathe? Now that’s just ridiculous. Dating a vegetarian actually has its perks. 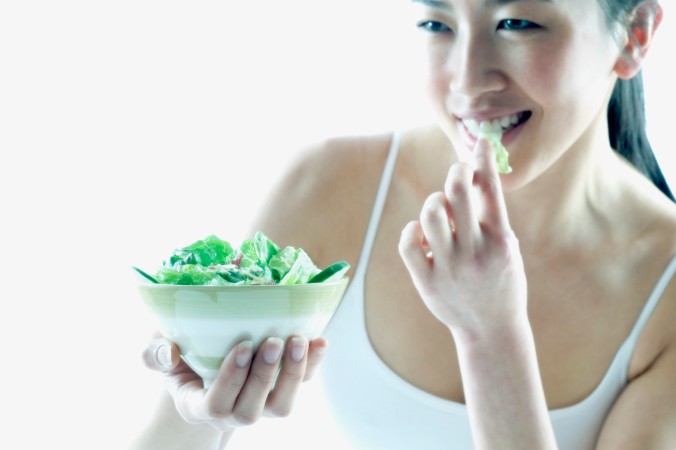 Think about it. A typical salad from just about any restaurant isn’t going to charge you anymore than $5 or $6 with no meat added. Compare that to a regular burger or steak that are usually around $14 or $15 from the cheap places. Besides, most restaurant waiters love when you order such a simple meal; it makes it easier on them. When ordering a plain dish of pasta or a regular Caesar salad without chicken, most people feel like they’re being a nuisance to their waiter and are uncomfortable with ordering a “specialized” meal. However, it’s usually the other way around. Waiters hate when people make such complicated orders that they become worried if they’ve written it down correctly or if it’s going to come out just as they’ve ordered. Sure, you may get a weird look from your waiter at first for asking for “no chicken” on their signature dish, but if you specify that you’re vegetarian, they usually understand and don’t give you a hard time. Your date, on the other hand, will love that it doesn’t cost much to take you out.

We Have a Better Sex Life

Don’t believe me? In a study done at UC Berkley’s Department of Environmental Science, Policy, and Management, researchers found that over 11 months of eating tofu and other plant-based foods in comparison to a heavily meat-based diet, those who ate a vegetarian diet were linked to having higher levels of estradiol and cortisol, or the “sex hormone” and the “stress hormone.” This resulted in more time spent having sex than their meat-eating counterparts. In addition to this, there has actually been another study done on stamina. This one was focused specifically on men riding stationary bicycles. Men who ate a primarily meat-based diet only peddled for 57 before their muscles failed. Men who ate an equal meat and vegetable diet lasted only 114 minutes. It was the men on the strict vegetarian diet that lasted 167 minutes. By combining the sex hormone phytoestrogens and increased stamina, vegetarians are proven to have a better sex life than others who eat primarily meat-based diets. 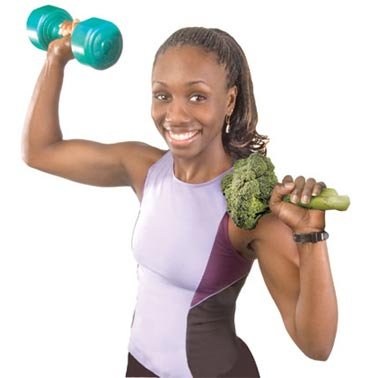 In result of eating all of that protein and plant-based nutrients instead of animal fat and cholesterol, the risk of an incredible amount of health problems goes down. The risk of developing kidney stones and gallstones decreases significantly with a vegetarian diet. 15% of men and 7% of women suffer from kidney stones and gallstones because of the high animal proteins consumed. Since vegetarians also absorb more calcium than those who eat a meat-based diet, their bones become stronger and healthier. Meat contains high renal acid levels that force the body to extract calcium from the bones, making their bones weaker. Vegetarians consume their enriched-calcium through tofu, kale, spinach, and other greens, and don’t ever have to worry about meat sucking out the calcium from their bones. By being a vegetarian, the risk of heart disease also decreases. In one study conducted, it showed that vegetarians are actually 24% less likely to develop heart diseases than meat eaters are, mostly because avoiding meat lowers blood pressure and prevents hypertension, which are the main causes of strokes. In a study performed in 2003, it was also proven that being on a vegetarian diet or consuming very little meat for 20 years increases life expectancy by 3.6 years. More specifically, being a vegetarian can increase life expectancy by 4.42 years in women and 7.28 years in men. In 2013, it was also proven that having a vegetarian diet lowers your risk of all kinds of death by 12%.

Although not all vegetarians, but a significant number, eliminate meat from their diets for moralistic reasons, like saving the animals. Most animals that are slaughtered for grocery store meat or milked for dairy are raised on factory farms. Factory farms all over the world tend to have a reputation for being incredibly cruel. For example, in 2014 at Winchester Dairy in New Mexico, hidden-camera footage displayed how the farm’s workers were “viciously beating and whipping animals in their faces and bodies with chains and metal wires, and dragging ‘downer’ cows with a tractor and electrically shocking their genitals.” This farm is also the main cheese supplier for Pizza Hut, Domino’s, and Papa John’s. With hard evidence like this, many vegetarians can’t help but want to lower consumer rates at places like this in hopes they will be shut down. Just about everyone loves animals, and how could you not love someone who is so compassionate with animals? If your love interest has a dog, you will probably be petting and cuddling with their dog that’s like family to them as much as possible; and if you’re so compassionate with animals, just let them imagine how compassionate you’ll be with them, as well!

Vegetarians tend to get pretty bored with plain meals, like tofu and salads. Because of this, they actually become unbelievably creative in the kitchen with the different kinds of dishes they come up with. Experimentation is one of a vegetarian’s greatest assets, and it’s possible that they can even make the most dedicated meat eaters salivate over a unique vegetarian dish! Just because vegetarians don’t eat meat doesn’t mean they only eat salads. Meatless meatballs, burgers, and meatloaf are some of the easiest dishes to make that look pretty similar to actual meat and taste, in my opinion, even better. Don’t ever doubt a vegetarian and their skills to turn any meat-filled meal into a flavorful vegetarian dish in just a small amount of time. Wouldn’t someone love to be with you because you not only can cook for yourself, but can also make unbelievable dishes for them?

Studies show eating more fruits and vegetables can actually help to boost your mood. Cutting out meat, fish, and poultry for just a few weeks weakens depression, anxiety, and stress, according to a study published in the Nutrition Journal. Omega-3 fatty acids, EPA and DHA, which are typically found in fish, have been commonly linked to mood. It has also been shown that those who eat a primarily meat and poultry-enriched diet are more at risk of depression because of their high levels of arachidonic acid, or omega-6 fatty acid. Those who eat a vegetarian diet consume little or no omega-3 or omega-6 fatty acids at all. In the same study, the results showed that with every person who consumed a strictly vegetarian diet, “stress and anxiety scores decreased after the two weeks” showing that “those who eliminate meat, fish, and poultry may be better able to cope with mental stress than omnivores.” Now, wouldn’t your love interest rather be dating someone who has less of a chance of battling anxiety and depression? This definitely would result in fewer arguments and fighting, that’s for sure. You’re just all smiles majority of the time and would never let a few bad days get you down. Being happier definitely makes for a great and longer-lasting relationship.

If anyone ever tells you that they don’t want to date you for being a vegetarian, just remind them of all these good qualities you have and what you bring to the table. There’s nothing bad at all about the diet you choose to abide by; in fact, it’s incredibly beneficial to you and your love interest. So, why wouldn’t anyone want to date a vegetarian?

Hi, I'm Melissa! A 23-year-old natural-born vegetarian and full-time writer/marketer. This is my place to share my adventures as a vegetarian :)